I’ve recently finished reading a really gritty trilogy by French author Olivier Norek.  Mr Norek was a police captain for 19 years, working in Seine-Saint-Denis (93), one of the suburbs north-east of Paris.  His writing pulls no punches.  It’s graphic, gritty and gripping.  From what I can make out, only two of the 3 have been translated into English, but if you have a strong stomach, I do advise you to keep your eyes open. 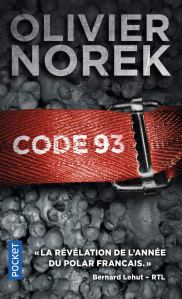 English translation is called “THE LOST AND THE DAMNED”. 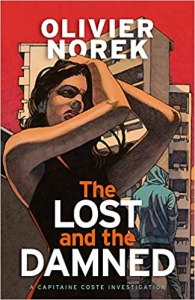 Story outline:  An emasculated corpse opens its eyes on the mortuary slab.  A mobile phone starts ringing inside the corpse of a young drug addict, death caused by unexplained burns.  After 15 years service on the Seine-Saint-Denis police force, Victor Coste, police captain is prepared for the worst. Add to that, a series of anonymous letters leading to a mysterious case file “Code 93” of cases never investigated.

Second in the series is “TERRITOIRES” 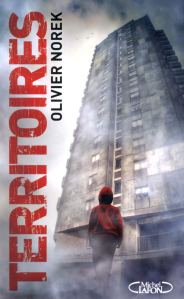 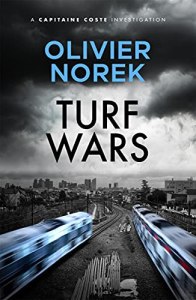 Storyline: There’s a new predator in town.  Three dealers are executed within the space of as many days.  Captain Coste and his team have to act fast because the new enemy takes over, contaminating the town like a virus. A town where everyone adapts to survive. Where dealers put pressure on old age pensioners, where young teenagers are there to do the dirty work, where the authorities don’t dare intervene in the high rise blocks for fear of rioting,  where politicians turn a blind eye.

Third, and final in the trilogy is “SURTENSIONS” 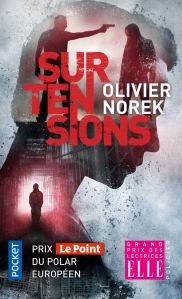 Sadly, I don’t think this one has been translated (yet).

Storyline:  Will this woman stop at nothing to help her brother escape from prison?  How far will this father go to protect his family from the four predators who are squatting in his home?  How do five criminels – a pedophile, a murderer, an ex legionnaire, a kidnapper and a robber – all become part of Coste’s latest investigation?  And why is Coste  prepared go in  headlong, even when it means putting those he cares about in danger?