Autumn is well and truly here, and I’ve been busy patchworking in quite autumnal colours for Miss October, aka Moira, for the F2F block swap organised by Kate.

Moira asked for shades of browns, including dark & golden, with a hint of duck egg blue, on tonal cream.  Her inspiration photo was 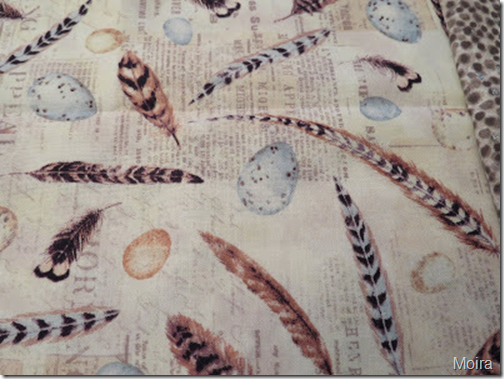 This is, apparently, the backing fabric she intends to use for her patchwork blocks.  Now, I had quite a few browns in my stash, and cream, but I didn’t have any duck egg blue . . . what better excuse to buy in some fabric, eh?  And here’s what I made for Moira. 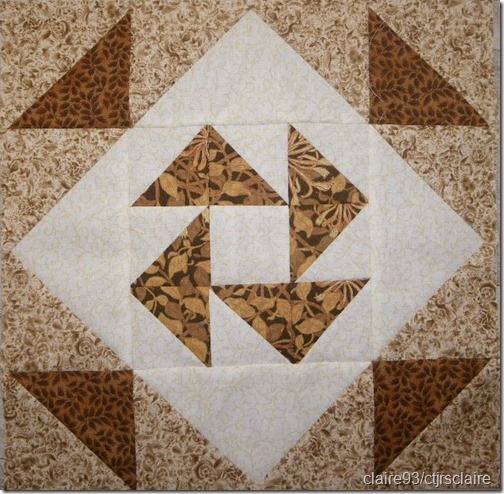 For the first block I made an “Album Road”, simply with different browns/golds on cream.  No blue in this one. 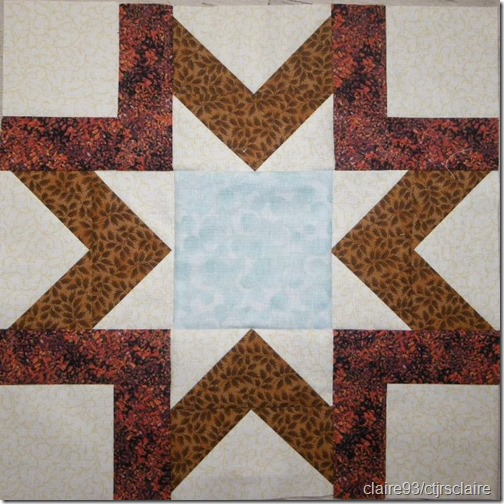 Second block is “Bright Morning Star” with a little bit of blue in the centre. 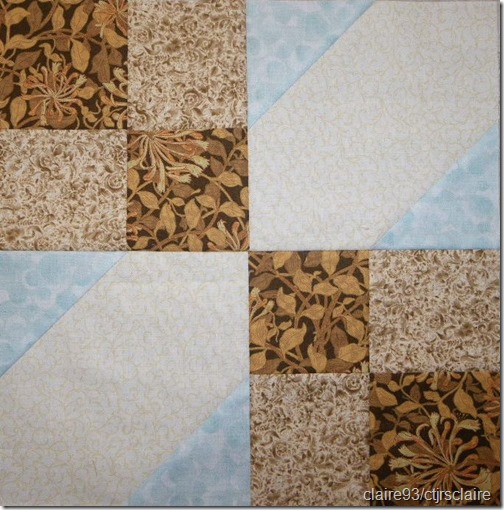 After making those for Moira, I made an “Old Fan” block for myself, in the same colourway. 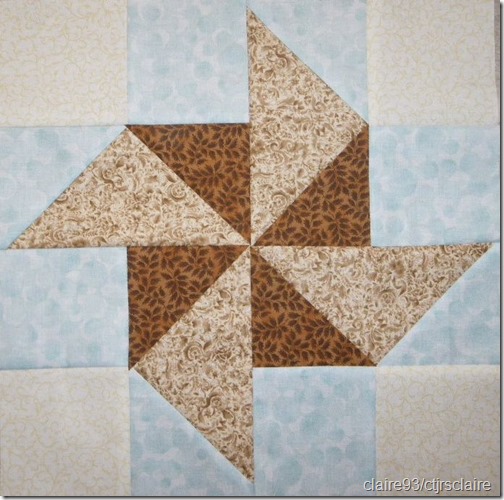 And, then because I really do enjoy making this particular block and was feeling very “autumny” I made another one. 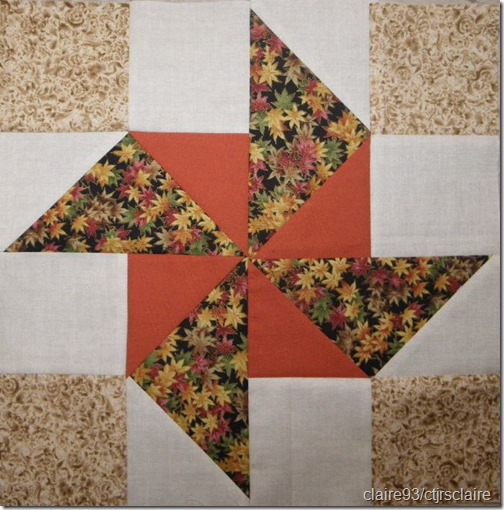 So, lots of fun this month.  For November, we’ll all be working in some very bright colours for Robin, who has asked for blue, orange and cerise pink.  In the meantime, if you want to see blocks other members have made & sent, you can check out the F2F gallery.