Well we had a bit of unwelcome excitement last night!

We had rain and a storm  which began around 10pm . . . were woken from our slumbers around 11.30pm by a neighbour banging on the door, and the view outside was

Now, we have a little stream which runs along the edge of our land . . . but all this water actually came from further upstream.  It seems that upstream, there were tree trunks and branches which were stopping the normal flow, and with the rain, the stream had swelled up out of its banks.  Water, as always, looking for the shortest route to flow . . . and that route, bringing it directly down the little side road in the Close and towards our house.

Luckily, we have quite a high pavement just in front of the house, so the flow swept off at a right angle and continued on its merry way, flooding neighbour’s terrace and surrounding land, until it eventually made its way back to the stream further down.

Neighbours and husband were all outside in wellies until the early hours, tryng to clear the drainholes of silt and debris the waters brought with them.  And suddenly, after a few hours, the waters subsided.

This morning we woke up to mud everywhere, but the ground was surprisingly dry, considering.

As far as I know, only one family had to be evacuated, with around 30cm of muddy water in their house.  We and close neighbours got off lightly.  Our garage has about 2cm of mud which will need clearing and there was also a minor infiltration in my husband’s workshop area. 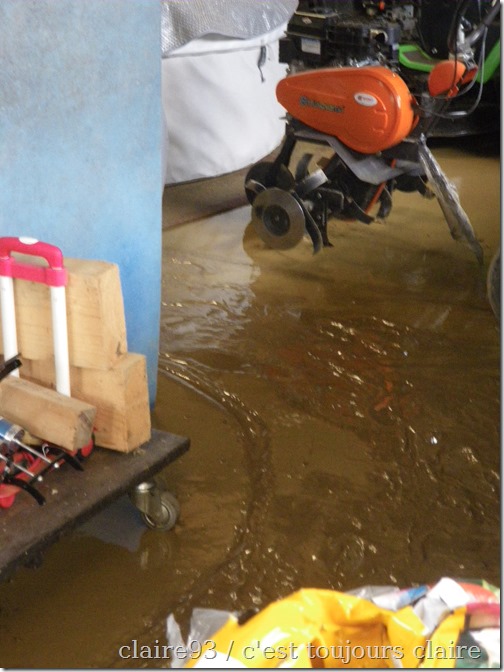 But the most urgent job for today was to clear the mud which had settled on pavements and terraces.  The local council were out clearing the “main” road which was under about 5cm of mud and littered with tree trunks and smaller debris.

They’ll also be coming round to assess the damage because, as water flooded down and around, it literally took half the road surface with it. 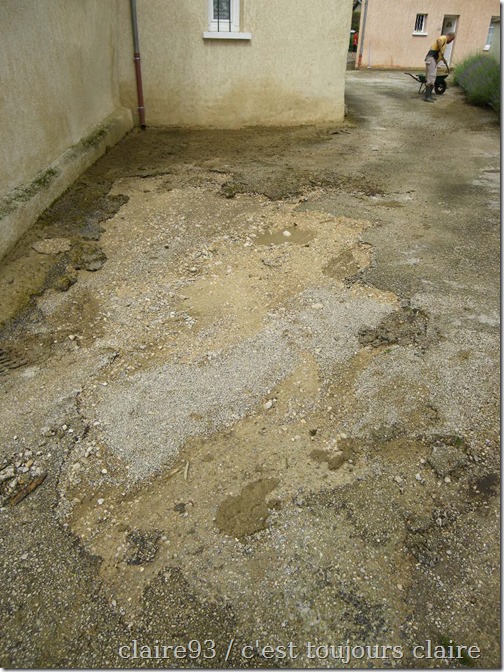 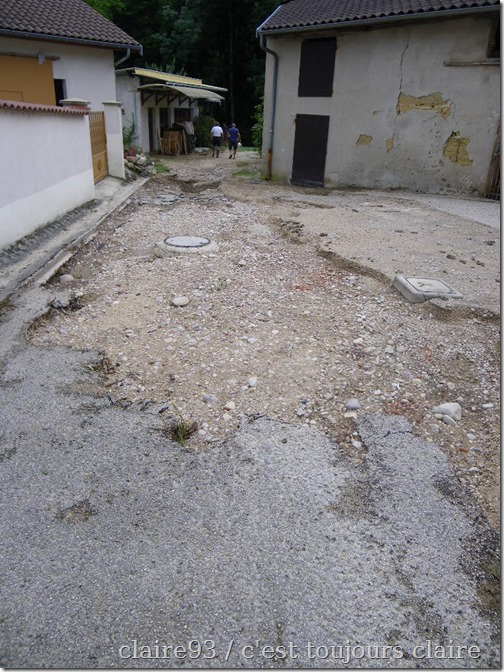 Husband even found this amongst the debris

The stream running along our land is actually lower than it usually is at this time of year, but the current is a lot stronger.

The banks are high enough here, that there is no risk.  It’s the part farther upstream we need to worry about.

Another storm and more rain is forecast for tonight.  Fingers crossed the stream doesn’t come visiting again because we haven’t finished cleaning from last night yet. And when we’ve finished cleaning mud, we’ve got a pile of sand to shift too.

That was all deposited there during the night too as the water flooded over the land trying to get back to the stream.  I’m just really glad all our pets were indoors and our hens & veggies patch were not in the flood path.